Venue: The Cup will take place at the Columbus Sea Hotel in Genoa, Italy.

Duration: The first 4 rounds in the swiss will last for 50 minutes, the final 2 rounds and the top16 are untimed (please don’t stall!).

The Loattery will take place after the final round of the swiss, before top16 announcement.

Entry fee: To cover part of the costs of the event we are asking for an entry fee of 30€ which can be paid via Paypal – check Payment page.

Special guests: N00bcon XI prize included an airfare contribution for a flight to Genoa and free entrance to the Fishliver Oil Cup. The world champion will play with us as special guest.
Eternal Central Old School at Eternal Weekend tournament 2018 also featured airfare+hotel+free entrance to Fishliver Oil Cup 2019 and that’s why the EC champion will join us for the main event.

Reprints allowed include all cards that a) Have the same art as the original printing, b) Have the same frame as the original printing, and c) Are not foiled. (E.g. Psionic Blast from Timeshifted and Wrath of God from 6th Edition are legal, but not a foiled Psionic Blast from Timeshifted or Wrath of God from 7th Edition). All languages are legal.

The B/R list used for the tournament is the one published on the 93/94 old-school blog – Ante cards are BANNED.

The main reason we love 93/94 magic is the relaxed ambience and we really want to just have fun playing cards, drinking and chatting with fellow enthusiastic mages. That’s why we pride ourselves of adhering to the swedish style

We play using the current comp rules, nothing added or removed. The rule enforcement level is “Don’t be a douche”. It is very close to REL-Competitive. Notable exceptions from REL-Professional:
– There are no floor judges. If in doubt about a rule situation, ask your opponent or another player close to you. If you can’t figure it out, Head Judge decisions are made by the tournament organizer.
– Out of order sequencings are usually OK. Nobody should try to “get you” if you e.g. activate Mishra’s Factory in beginning of combat.
– Unsportsmanlike conduct and “Power Gaming” are highly discouraged.

To avoid any unpleasant discussion, we suggest you to have a list of your deck and sideboard available or a picture of it on your phone. Especially if you play maindeck red elemental blasts or other cool tech!

Each player will get a loattery ticket during registration and the luckiest player will win one Library of Alexandria.(Special guests and tournament organizers are not eligible for the loattery)

Who’s going to be the happiest guy at the party this year?!

The absolute winner will get:

An international jury will choose the winner of the Eaten By Rats Award: Every player interested in entering the competition will be able to present 4 cards from their deck to the jury during tournament registration. The cards will be inspected and “graded” for the worst condition. The score of each player will be determined by the sum of their individual cards’ scores. The winner will get an alpha Plague Rats signed by Anson Maddocks and a very special surprise. 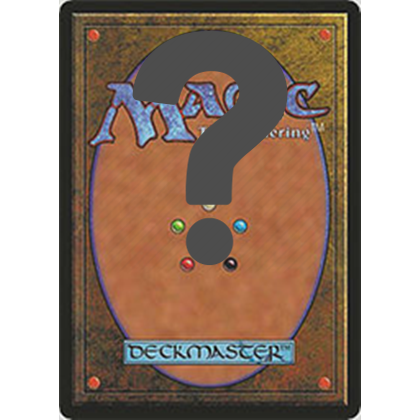 The best deck not including p9 cards (final standings before top16) will win a card worth the effort.

Every turn a growing number of tables (1 table during the first turn, 2 tables during the second and so on…) will be randomly chosen for special prizes: the match winner will get Old School legal cards or boosters or some nice swag.